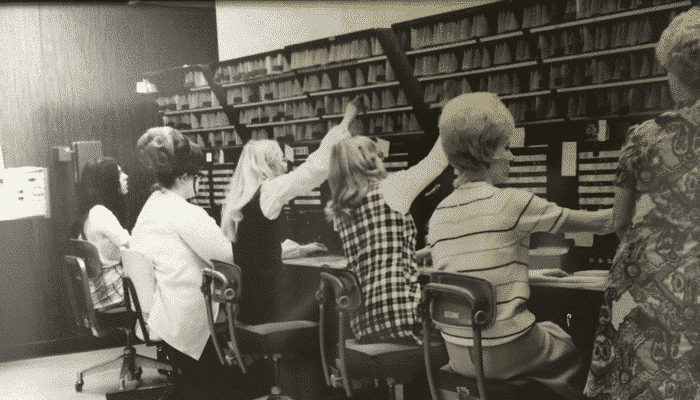 By: Jennifer McGlothlin on September 4th, 2014

The History of Answering Services

As businesses started to grow many years ago, the need for a solution to the increased number of calls and increased labor costs was the answering service. It started as a centralized message center and originally was based inside of the company. There were a handful of people who would man everyone's phones.If a phone line was busy, for example, the call would route to the "call director" which we know today as a switchboard. The operator would know which line the caller came from because they would have a flashing light next to the button for their line which was labeled with their extension. They would take the message for that person's line and put it into their file. When they called to pick up their messages, the operator would be able to give them to the person over the phone.

Soon, companies emerged seeing the rising need for this service of telephone secretaries for other companies who could not set up their own call directors or that did not want to have one in house. This eliminated the need for buying new equipment, paying to maintain it, and training new employees. It was quickly outsourced to a third party company known now as the answering service.

In the 80's, pagers were introduced and were used to transmit information instead of over the phone. Information such as room numbers could be sent to doctors to know where to report to.

When computers became more and more popular, alpha numerical paging was a new message delivery service used. Information could now be typed into the computer and transmitted to pagers with text instead of numbers only.

In the 90's, the use of pagers slowly declined and cell phone text messaging and email became more prominent.

Today, answering services also referred to as call centers can serve a wide range of industries due to the ability to customize each client's company protocol and preferences.
They can answer for doctor's offices after hours and reach the on-call doctor for after hours emergencies or simply take a message for an appointment cancellation for the office. They can reach the maintenance staff for apartment complexes for maintenance issues. They can be the help desk, receptionist, process orders, schedule appointments, capture sales leads, and much more.