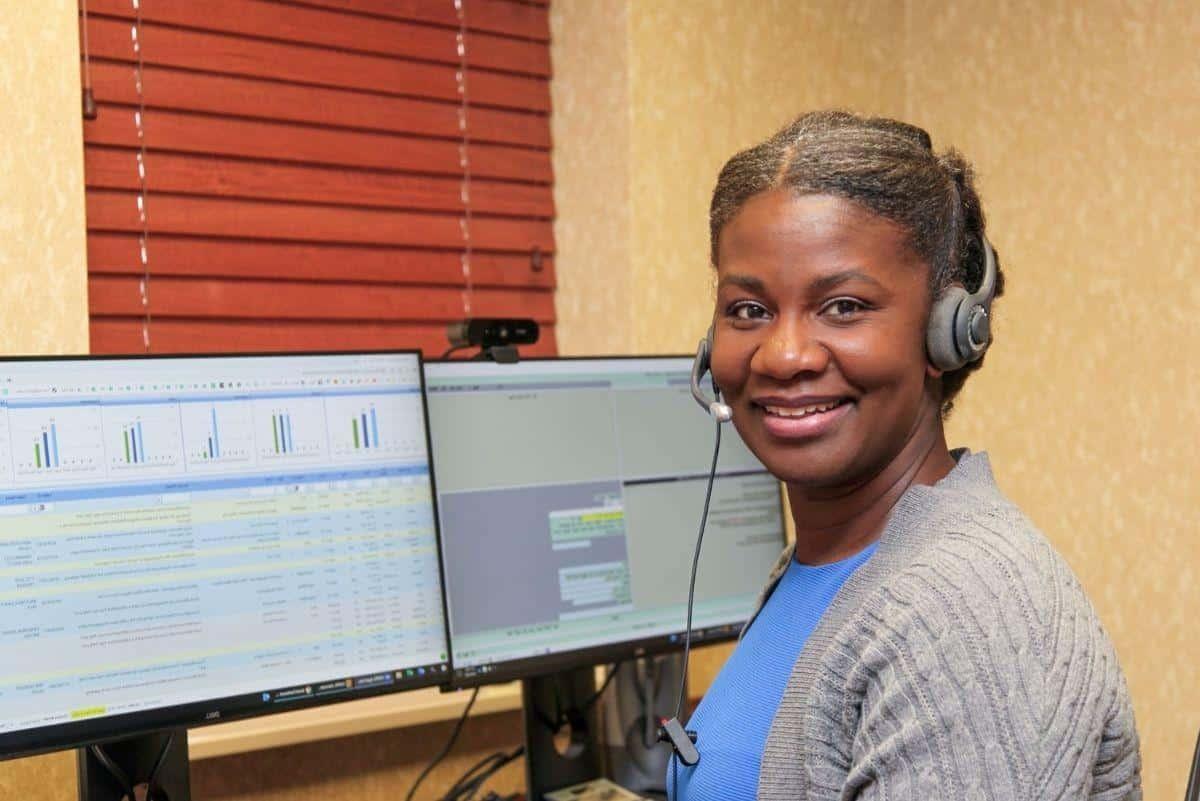 We're a family owned and operated answering service and are always focused on helping you succeed.

We are honest, easy to work with, and have your best interests at heart.

When you provide 24/7 telephone answering services, you don't get a day off. We eat, sleep and breathe customer service. It's critical that we provide you with the very best level of service possible on every call. Over time, we’ve learned how to take the best in technology and translate it into solutions for our customers. Our core focus is to provide premium answering services geared towards helping you succeed.

We're a friendly, family-owned and operated, answering service and an on-call company that loves delivering great results for our customers. You’ll find that we are easy to work with, honest, and always have your best interests at heart. The reason we are successful call center agents is that we operate with three core values in mind. 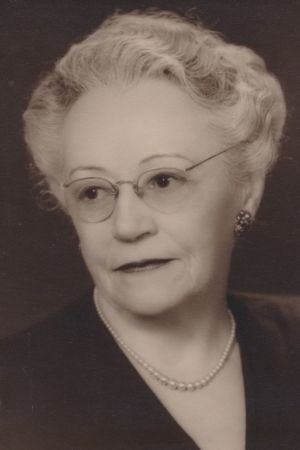 We took our first telephone call back in 1932. Our founder, Helen Miller, started The Physicians Registry, a medical answering service. She started by serving 13 doctors out of her home in Jackson, Michigan.

Our very first telephone number was only four digits, ‘8883’.

Even without modern communication devices that we take for granted, she knew how to find doctors when emergencies arose.

Knowing which doctor could be found having lunch at the Regent Café. Who was golfing on Thursday afternoon. She contacted those without phones with the aid of sending bicycle messengers. 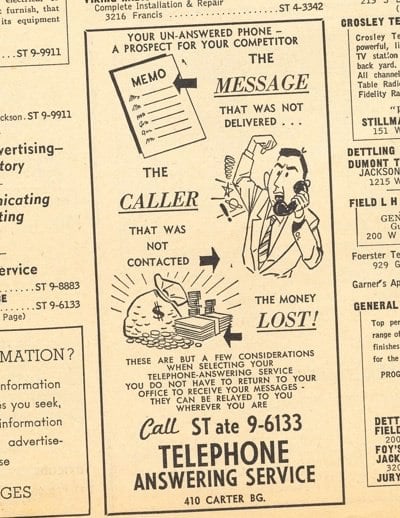 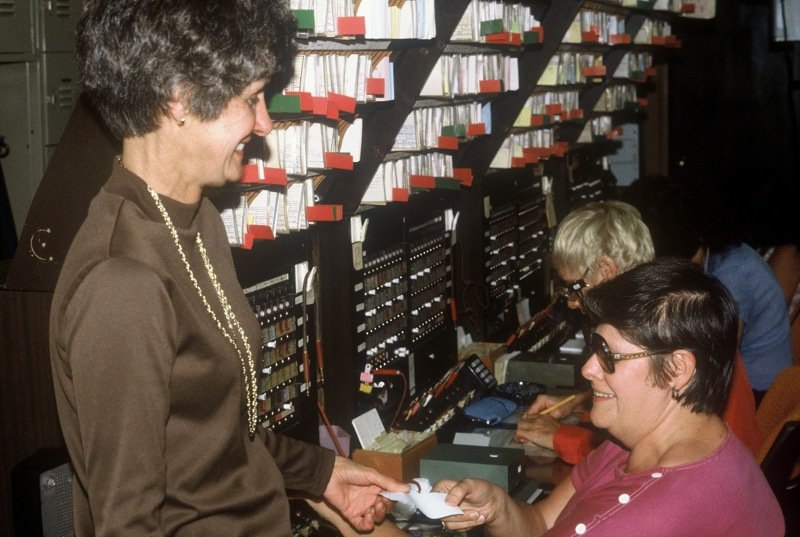 In 1954, she sold the business to Phyllis Dolan, a registered nurse. Phyllis ran the Physician Registry for several years before selling to Bob Swartley.

Bob Swartley, a decorated veteran of World War II, grew the answering service over the next twenty years. Bob changed the name to Swartley Telephone Answering and Radio Paging Service.

Ambs Call Center has always been known for using the latest and greatest technology so that we can offer exemplary customer service. This was true in the Swartley days as well. On his watch, we purchased five new Western Electric switchboards, which was the best answering service technology available at the time.

We kept one of them and it sits in the entryway of our Jackson, Michigan call center. Many of the clients listed on the switchboard are still customers some 60 years later! 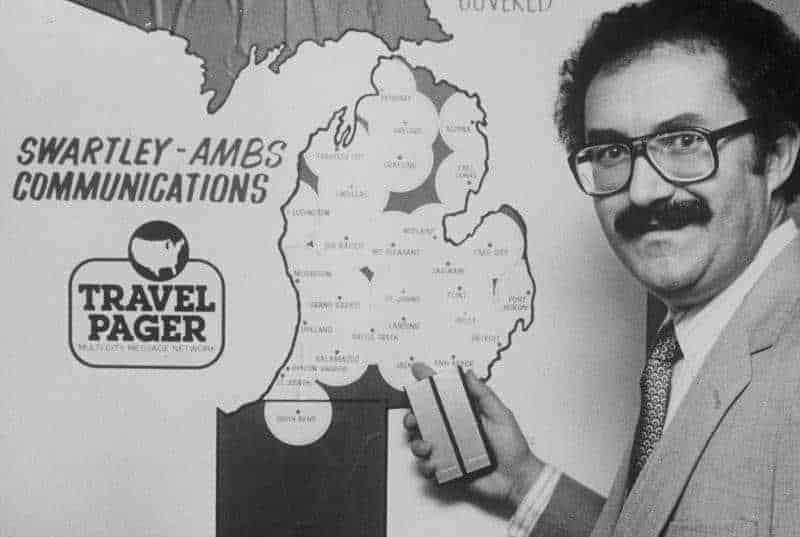 Back in the Family

Then on one day in 1975, Bob was called on by Motorola salesman Richard Ambs. Little did Bob know, he had met the next owner of his business. Over the years, the two got to know each other through their pager and radio telephone dealings.

In 1980, Richard Ambs went on to buy the telephone answering service and paging company from Bob.

In a serendipitous twist of fate, the company was now back in hands of the same family who started it.

Helen Miller was the great aunt of Richard's wife Joan. With the change of ownership, we changed our name. We were now Swartley-Ambs Communication Center.

The name 'Swartley-Ambs' still shows up as caller ID for one of our old phone lines. (We’re sentimental, so we are keeping that particular phone line. Forever.) 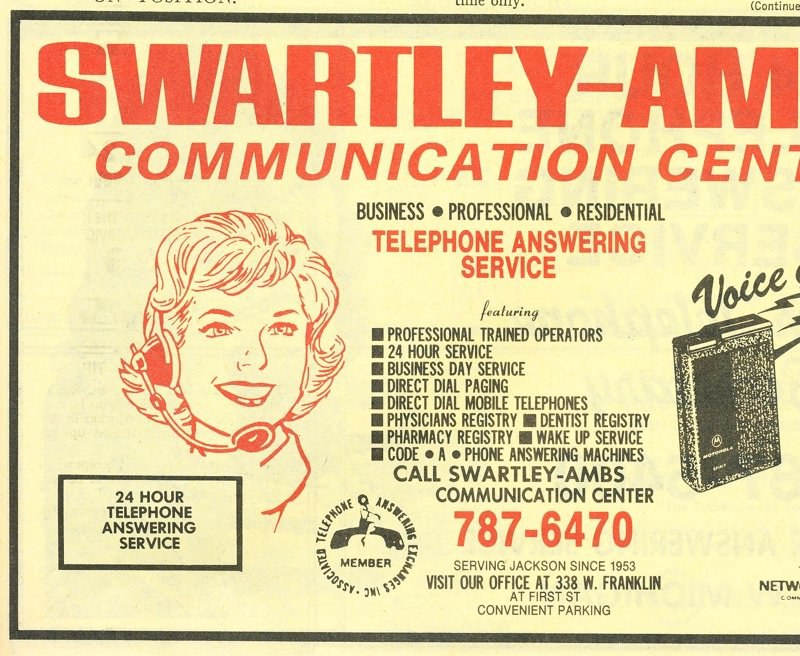 In 1985, we installed the one of the first paperless messaging systems in the nation. With that new call center technology in place, we no longer had to write messages by hand!

More importantly for our customers, it came with many new and innovative features. The biggest among them was Automatic Call Distribution. This feature evenly allocates calls among the group of call center agents. It made an enormous improvement to service levels and to the customer experience in general.

We officially became Ambs Message Center (and eventually Ambs Call Center) in 1987 after the paging portion of our business was sold. 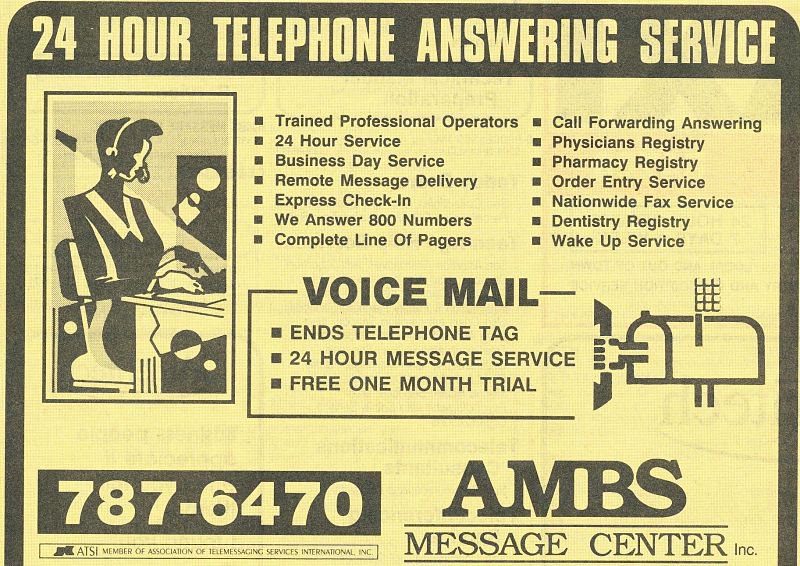 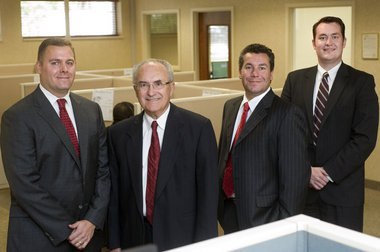 Over the years, Richard Ambs’ three sons joined the family business full time. In 2011, he retired and turned the business over to his sons who now own and operate Ambs Call Center. The change of ownership was closely followed by a level of expansion.We now have interconnected three call centers allow us to prepare for the unexpected and still be able to answer phone calls, emails, and chat.

As technology evolves, so do we. Our R&D team is constantly testing new technologies to give customers a competitive edge. Many of  these enhancements are free because we always look for new ways to help our customers succeed. 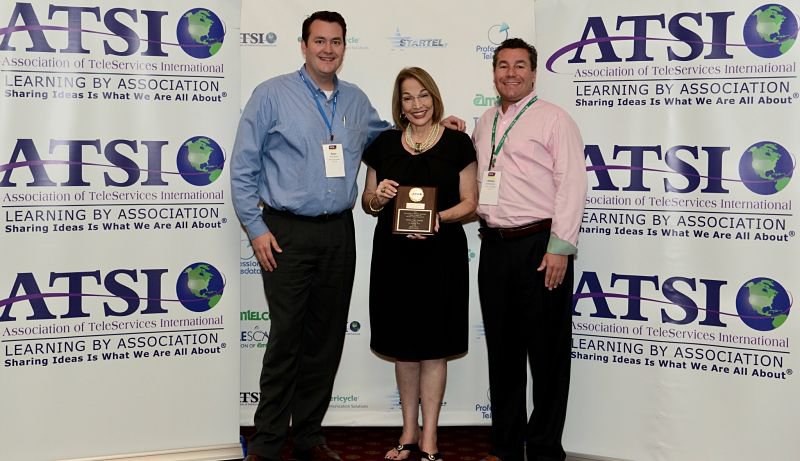 Network One Communications Joins the Family

We’ve been fortunate to grow over the years through the hard work of everyone on our team. Most of our business comes through word of mouth and referral. 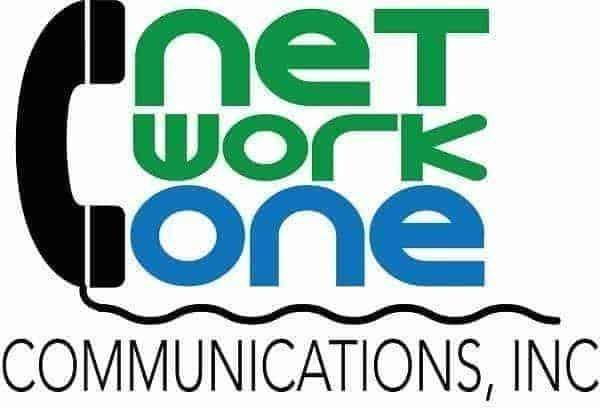 Want to read more about how answering services work? Check out our Answering Service Guide >>